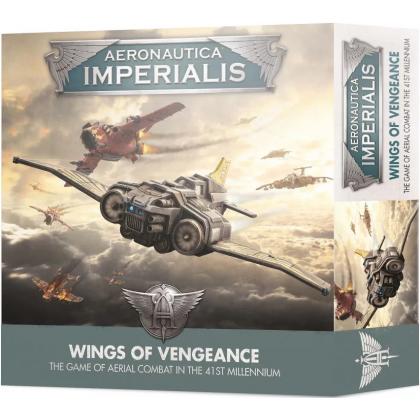 The Aeronautica Imperialis: Wings of Vengeance boxed set includes everything you need to play exciting games of aerial combat between aircraft from the Imperial Navy and the Ork Air Waaagh!